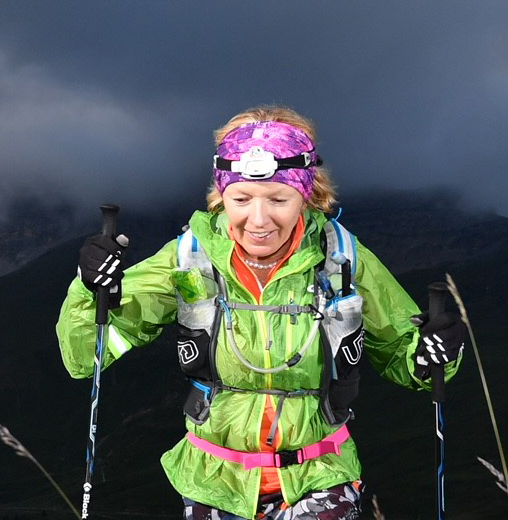 Growing up in Switzerland Iris always enjoyed outdoor activities such as hiking, skiing, snowboarding, mountain biking, cycling, sailing and windsurfing. However, she was not a runner - not until she met her husband Jeff in 1997. Jeff introduced her to running. After seeing him finish the Boston Marathon in 1998 Iris knew that she wanted to run Boston. She started training with Jeff and his friends and soon could keep up with him and his running group.

Iris ran the Boston Marathon in 2000 and was quickly looking for a new challenge. She signed up for her first ultramarathon in July of the same year. It was the “Damn Tuff Ruff Bluff 50K”, in Owen Sound where she fell in love with trail running. In 2007 she ran her first 100 Mile race where she discovered her passion for the long distance running. Since then she has run 33- 100 mile or longer distance races including 4 Badwater Ultramarathons and the Tahoe 200 Endurance Run. Iris is looking forward to running her 100th ultramarathon in 2018.

Iris loves the ultrarunning community, the friendliness of all the people involved and the beauty of the trails. She has run in some of the most beautiful places around the world such as, South Africa, India, Corsica, United States and Switzerland. Running has given Iris many things but the greatest gift has been the people that it has brought into her life. Iris is also so very grateful that she is able to continue to do what she loves ….run.