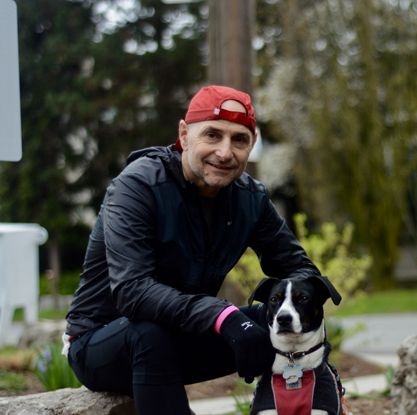 As a child Steve had asthma. The doctors told his parents he could not participate in any sports, but Steve was determined to prove them wrong. He ignored their advice and went on to become a life time runner.

It was difficult at first, his first marathon attempt was a disaster but he soldiered on. He sought advice from other runners about their training regimes. He consulted his neighbourhood specialty running store. He discovered that proper training heighted his probability of success. Steve has gone on to run over 40 marathons (including Boston and New York), numerous triathlons and an ultra-marathon.

Realizing the positive change exercise has made in his life and his family’s life got him interested in starting his own sports store. Exercise (running in particular) isn’t about a race, or a competition, it’s about a life style. Steve hopes through The Runners Core he can encourage more people to incorporate exercise into their daily routine.